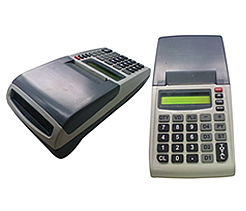 If the amount displayed after Subtotal key is incorrect, press F, C keys to cancel receipt

Printed to show sale values for a specified month or period and normally accompanies the KRA VAT returns.  It is normally very accurate if Z reports are printed on the correct dates.

Posted by etrmachines at 07:02 No comments:

6 Fascinating Facts About the "Love Hormone" 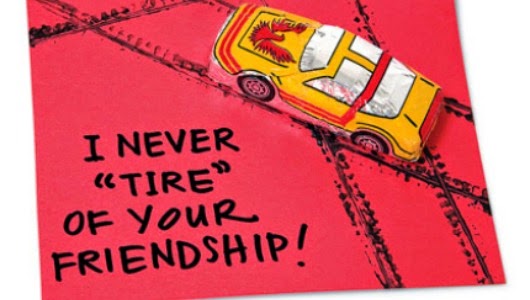 1. IT MAKES US CHEATERS AND LIARS
In one study, participants were asked to predict the outcome of a coin toss and self-report their accuracy. Correct guesses resulted in money, which would be split between team members. Predictably, a financial reward encouraged participants to lie about their success rate. But a dose of oxytocin made them lie even more, and without hesitation. “This is the best evidence yet that oxytocin is not the ‘moral molecule,’” said Carsten de Dreu from the University of Amsterdam, who co-led the study.
2. IT MAY BE THE CAUSE OF YOUR MOMMY ISSUES.
Oxytocin has been shown to influence how men remember their mother’s affection toward them as children. While under the influence of the hormone, men with strong attachments and happy memories of their mother had these memories heightened, and recalled being closer to her as a kid. This was to be expected, but researchers were surprised to find oxytocin did not enhance positive memories for men who were less attached to their mothers. Instead, the hormone brought bad memories to the forefront, causing men to remember their mothers as less caring. "The fact that oxytocin did not make all participants remember their mother as more caring, but in fact intensified the positivity or negativity of the men's pre-existing memories, suggests that oxytocin plays a more specific role in these attachment representations,” says researcher Jennifer Bartz, Assistant Professor of Psychiatry at Mount Sinai School of Medicine.
3. IT HELPS TURN OFF FEAR.
Earlier this month, researchers at the University of Bonn Hospital discovered that oxytocin inhibits the brain’s fear center. In the study, scientists induced fear in subjects by showing them a series of images, 70 percent of which were accompanied by a small electric shock to the hand. Half the subjects then received an oxytocin nasal spray and were shown the same images again, but without the electric shock. Those treated with oxytocin were less afraid of the shock, and the areas of their brains associated with fear were less active. The finding suggests oxytocin could be used to treat anxiety disorders in the future.
4. IT MAKES YOUR DOG LIKE YOU MORE.
Humans aren’t the only animals affected by oxytocin. One study suggests the hormone makes dogs more friendly toward their owners. Researchers administered oxytocin to 16 adult dogs of different breeds and watched their behavior, paying specific attention to “bonding” behavior like sniffing, nudging, licking, and playing. "We found that after receiving the oxytocin spray, dogs displayed more affiliative behaviors and paid more attention to their owners than during the controls," said the study’s lead author Teresa Romero. The substance may someday be useful in helping abused dogs trust their new, loving owners.
5. IT HELPS HEAL AGE-RELATED AILMENTS.
As mice age, the amount of oxytocin in their blood decreases. But what does that mean for their health? Researchers injected oxytocin under the skin of elderly mice with damaged muscles and discovered the muscles healed much faster than those of mice left untreated. “The action of oxytocin was fast,” said Christian Elabd, the study’s co-author. “The repair of muscle in the old mice was at about 80 percent of what we saw in the young mice.” Researchers aren’t sure yet when oxytocin levels drop in humans, or by how much, but they hope it could be used to treat some of our age-related ailments. “Aging is a natural process,” said Irina Conboy, associate professor of bioengineering at UC Berkeley, “but I believe that we can meaningfully intervene with age-imposed organ degeneration, thereby slowing down the rate at which we become progressively unhealthy.”
6. IT COULD HELP TREAT EATING DISORDERS.
In one study, researchers found that oxytocin nasal spray helped patients suffering from anorexia stop obsessing over things like food and body image. “Oxytocin reduces patients' unconscious tendencies to focus on food, body shape,” said Professor Youl-Ri Kim from Inje University in Seoul, South Korea. This “hints at the advent of a novel, ground-breaking treatment option for patients with anorexia."
Posted by etrmachines at 04:39 No comments: